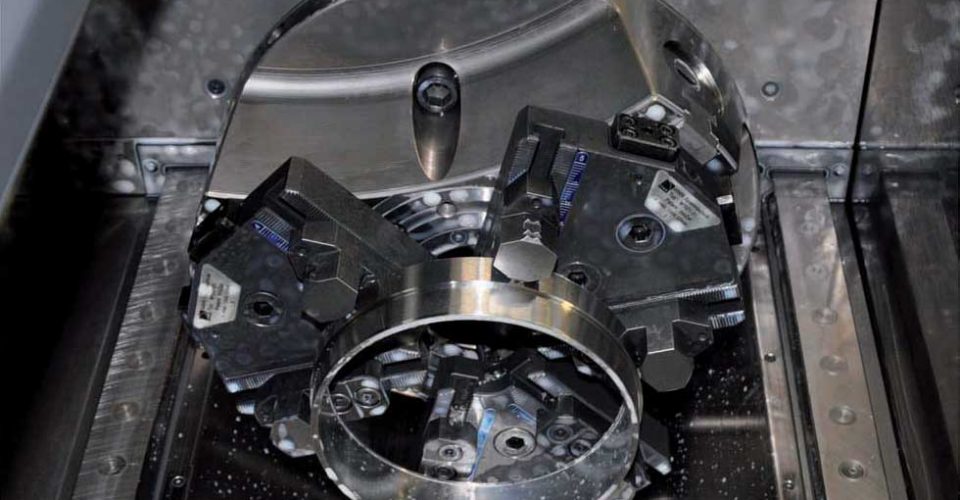 INOZet® – clamping technology that is really something special

The Braunschweiger Flammenfilter Co. banks on the INOZet® clamping system.

Thanks to INOZet®, we now manufacture valve faces quicker and at lower costs than when we contracted them out”, comments Matthias Müller, Head of Production Technology at Braunschweiger Flammenfilter GmbH.

One of the assignments of the Braunschweiger Flammenfilter Co. is to manufacture positive and negative pressure valves in the minimum pressure range. A major component of these valves is the valve face up to 350mm in diameter and of a 5mm wall thickness. These roughly 50mm long valve faces are manufactured from V4A tubular rod blanks.

Using INOZet® has produced a number of benefits for the Braunschweiger Flammenfilter Co.. “It is vital that we manufacture the valve faces as round as possible during turning.” This is a real challenge given a 5mm wall thickness. “Every one hundredth concentricity deviation means a substantial extra outlay in grinding in the valve faces afterwards”, explains Matthias Müller.

Currently, concentricity is some 0.05mm – something which beforehand was not possible without extra work and which was the reason for contracting out the components before using INOZet®. The benefit is that by using INOZet® the blanks can be compensatingly clamped at 6 points and the clamping pressure in the component is optimally distributed. At the same, the hydraulic clamping pressure of the machine has been reduced to the manufacturer’s specified minimum pressure.